7 silicon valley business words that will baffle you 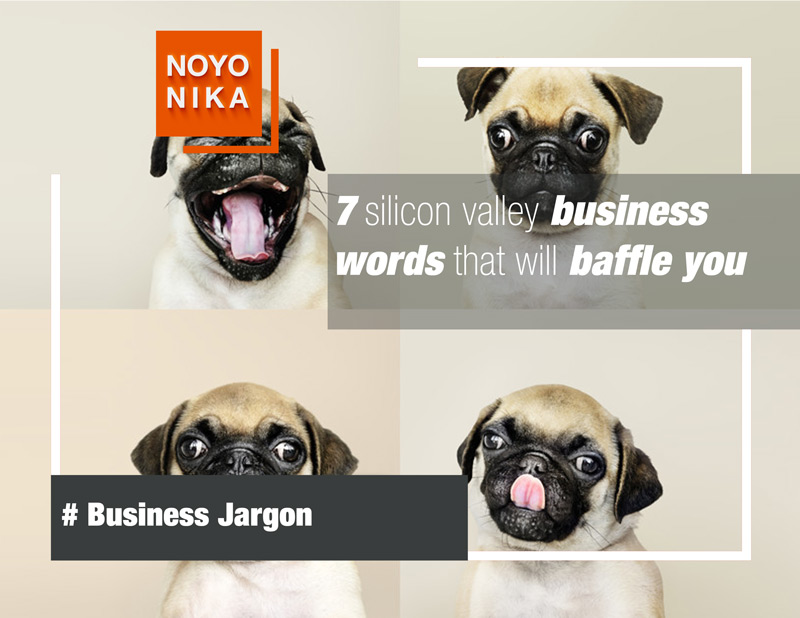 Silicon Valley start-ups are all leveraging hyperlocal onboarding tactics to capture the low hanging fruit and capitalize on their excess capacity.

Silicon Valley is full of jargon - like the seemingly mind-boggling sentence above - and it's always wise to know and use the popular vocabulary of business.

You might've heard the overused neologism unicorn, describing a start-up with a valuation above one billion. The idea was that highly valued start-ups were so rare, that seeing one was equivalent to a unicorn sighting.

Now there are herds of unicorns roaming Silicon Valley, 184 at the last count. A few of these start-ups are worth more than $10 billion, which are called decicorns (also spelled decacorn).

The advertising is always looking for new places to advertise products, and since drones and other quadcopters' popularity are (literally) rising, a noodle company in Russia decided to fly ten drones with banners around the district - and there was a 40% increase in sales. This word means flying a drone around with a sign or banner on it.

This word cannot get any simpler. Coined by Wordnik founder Erin McKean, lookupable means to be able to look up - in a dictionary, on the internet, or search for a definition. Phubbing? Yes, that's lookupable.

Though you may not know what this word means, the chances are that you have done it before, perhaps more than once. The common practice of paying attention to a phone or any other type of tech device during a face-to-face conversation with someone is called phubbing, the combination of the words phone and snubbing. Hopefully, you're not a phubber.

Phubber, meaning the person who's snubbing someone in favor of their phone, can be used to describe someone who's phubbing. Of course, this is just the highly refined 'art' of maintaining a full conversation without taking one's eyes off their phone.

Another word that ends in 'corn.' A quinquagintacorn is a start-up that's worth $50 billion - or more. The only start-up to achieve this status is Uber, currently at $68 billion - which is why a start-up can also be called an ubercorn.

This last word that doesn't end in 'corn,' but is nonetheless, related to unicorns, decicorns, and quinquagintacorns. Dead unicorns are what you call a unicorpse. That's wordplay right there.

Unicorpses are startups that gain valuations of more than $1 billion (which is a unicorn) but then declines and fails before going public.

Now that you've read seven common Silicon Valley words - hopefully not phubbing as you were reading - you have the culture the words have wrought.

Comment below on your ideas and thoughts about Silicon Valley's unique vocabulary!